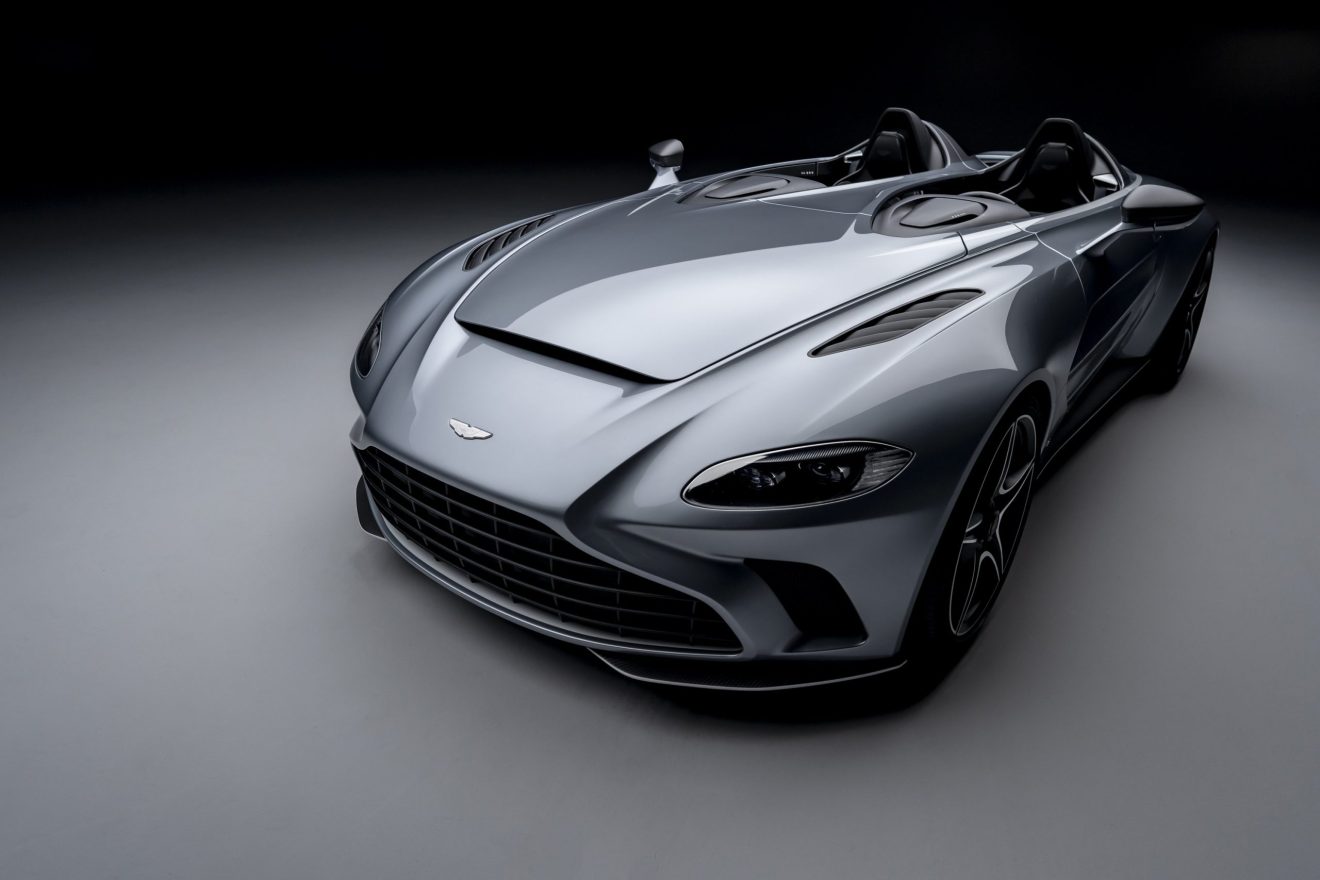 Do you have £765,000, just laying around burning a deep hole in your pocket? Have you lost all of your common sense and have decided to sell your house just to have a dream car, that will turn heads every time you drive down the road?

If the answer to both questions, is a resounding “Yes”, then the Aston Martin V12 Speedster might be the one for you.

Aston Martin Lagonda President and Group CEO, Dr Andy Palmer said: “It makes me enormously proud to reveal Aston Martin’s latest, most exciting special model today. The V12 Speedster is an incredible demonstration of the breadth of capability and determination from the ‘Q by Aston Martin’ team, who have worked tirelessly to create this stunning, two-seat sports car aimed at our most demanding and enthusiastic customers.”

It is limited to 88 units, it utilised the Aston Martin’s bonded aluminium architecture, combined with elements from both the DBS Superleggera and Vantage model lines to create its own unique platform. 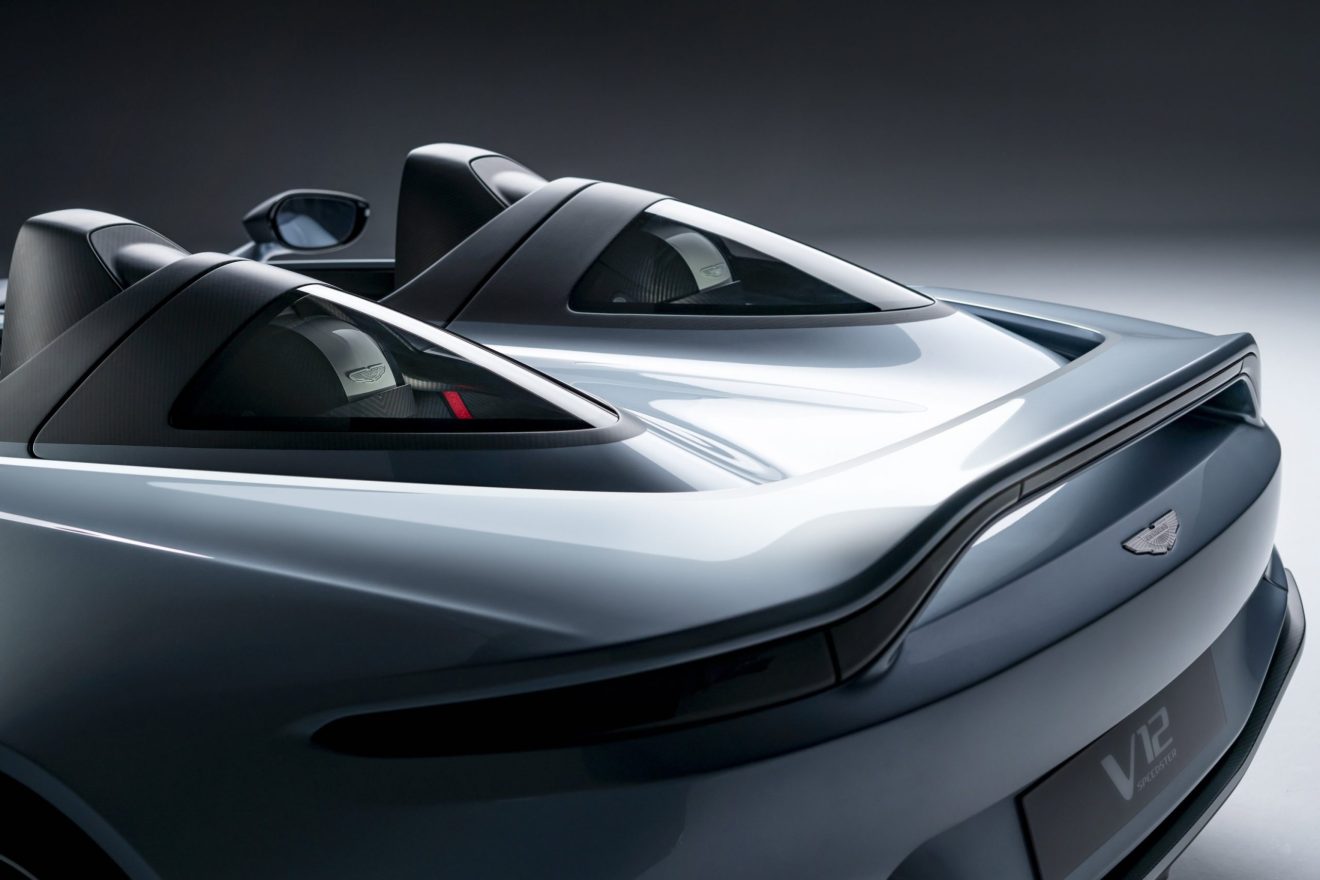 Miles Nurnberger, Director of Design, Aston Martin Lagonda, said: “With the V12 Speedster we do go back a step and look into our past for inspiration. Since the DB11 launch, everything has been focused and very forward looking. Here though, we find a different tempo. There’s clear lineage from the 1959 Le Mans-winning DBR1 to our Centenary celebratory CC100 Speedster Concept in 2013. There is also a bit of 1953 DB3S in the mid-section, so it really is our latest incarnation of the Speedster concept. It’s also inspired by fighter jets as much as it is by our history, and it has been created to deliver an incredibly visceral experience, hence why it is a V12, rather than a V8. With the V12 Speedster, we are amplifying all the emotional strings that we can to the absolute maximum.”

Nurnberger adds: “No roof or screen, a big engine, low, with broad shoulders and exaggerated and emotional styling with twin humps and the spine separating the driver and passenger. The light, low, rear-end contrasts with the bold, enlarged grille, unique headlights and bonnet nostril at the front. The bonnet nostril we haven’t done in a very long time, but we’ve brought them back. It’s a neat trick visually to allow us to win some space for the V12. It creates this iconic looking vent.” 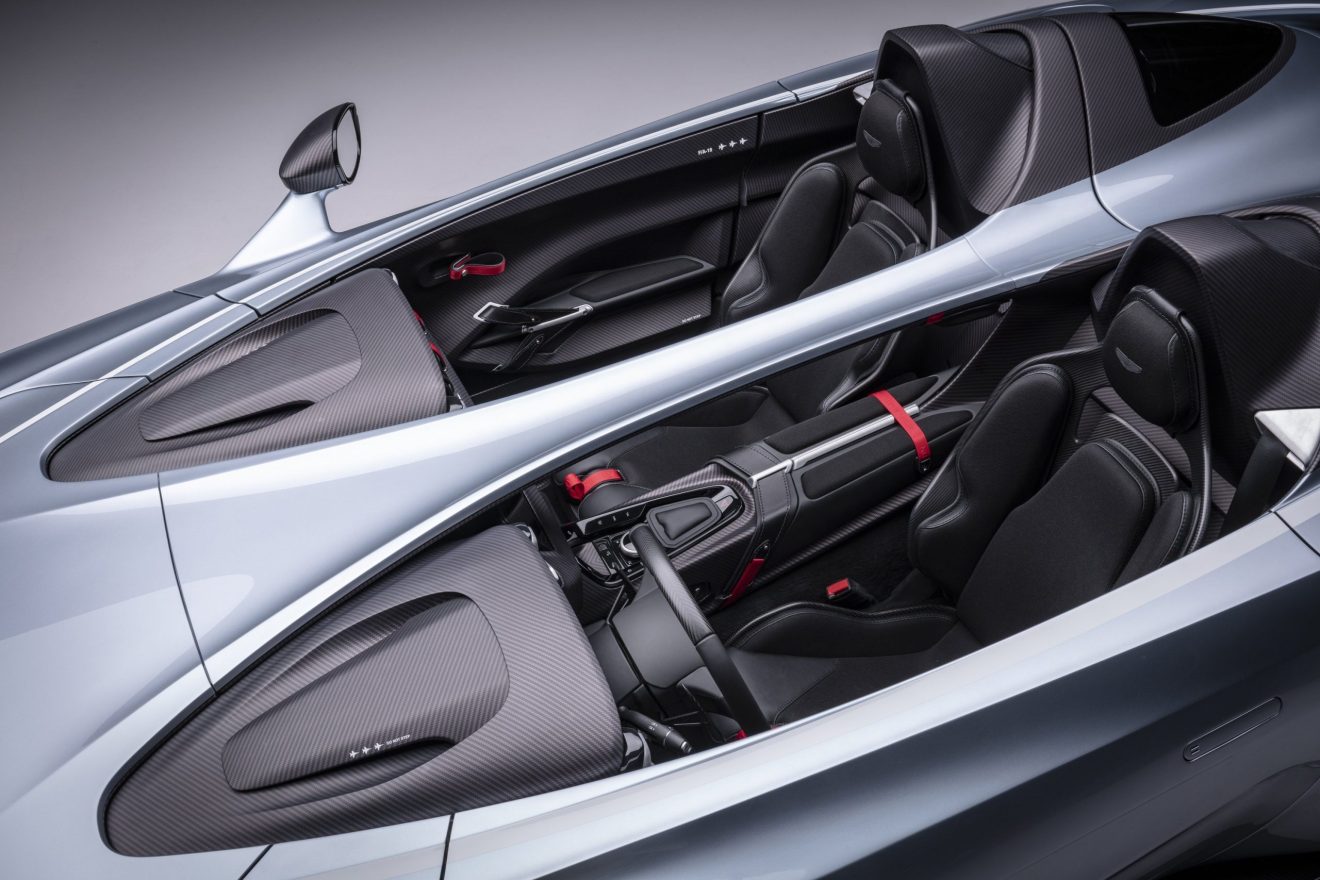 Powering the V12 Speedster is Aston Martin’s scintillating 5.2-litre, Twin-Turbo V12 engine, with a peak output of 700hp and 753Nm of torque. Front mid-mounted, the all-alloy, quad-cam 48-valve engine is mated to a ZF 8-Speed automatic transmission with a limited-slip differential driving the rear wheels. The V12 Speedster is able to accelerate to 62mph (100km/h) in 3.5 seconds on the way to a limited top speed of 186mph (300km/h).

Matt Becker, Aston Martin Chief Engineer, said: “for raw, driving thrills the V12 Speedster is unparalleled, the fully open element of the car adding a new dimension to the experience. It engages on every level, delivering a precise, involving driving experience, with agility and poise backed by abundant power from Aston Martin’s twin-turbo 5.2-litre V12. Driving doesn’t get any purer than this.

Aston Martin Lagonda President and Group CEO, Dr Andy Palmer said: “nothing demonstrates Aston Martin’s commitment to providing unique, special models to its customers more than the V12 Speedster. The 88 hand-built cars will be sought after by driving enthusiasts and collectors alike all around the world. I’m excited not just about what they offer drivers, but of what it represents. The V12 Speedster not just showcases our incredible engineering capability and ambition, but also celebrating Aston Martin’s rich heritage.”

Orders are now being taken for the V12 Speedster, with pricing starting at £765,000 including VAT and deliveries expected to begin in the first quarter of 2021. 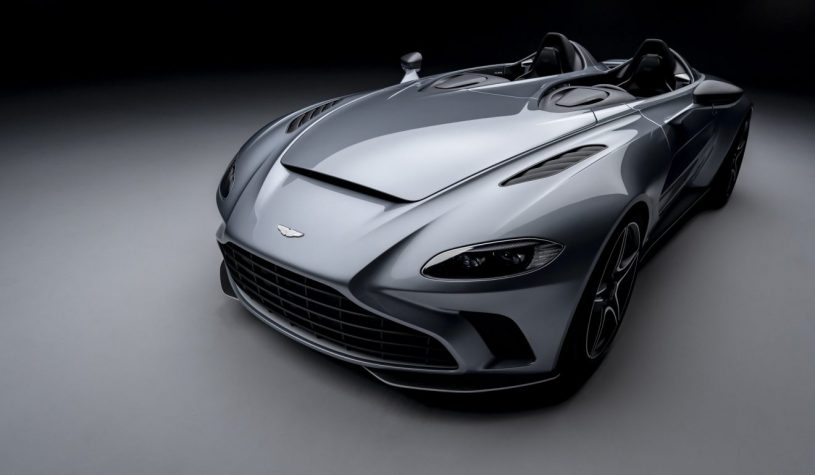 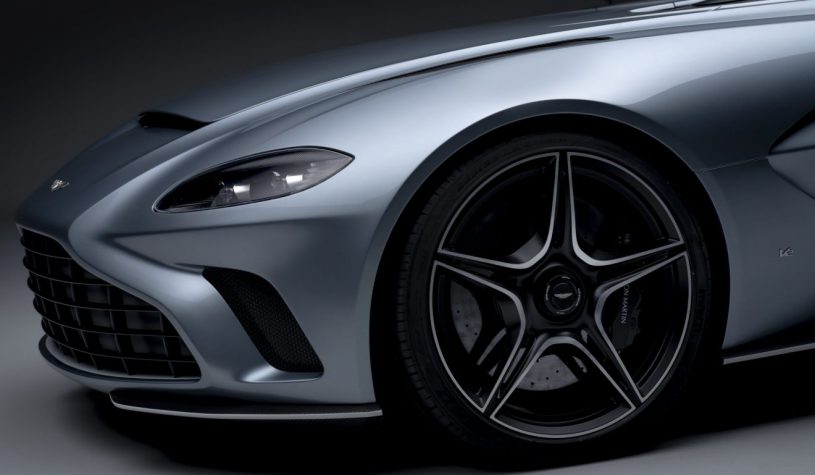 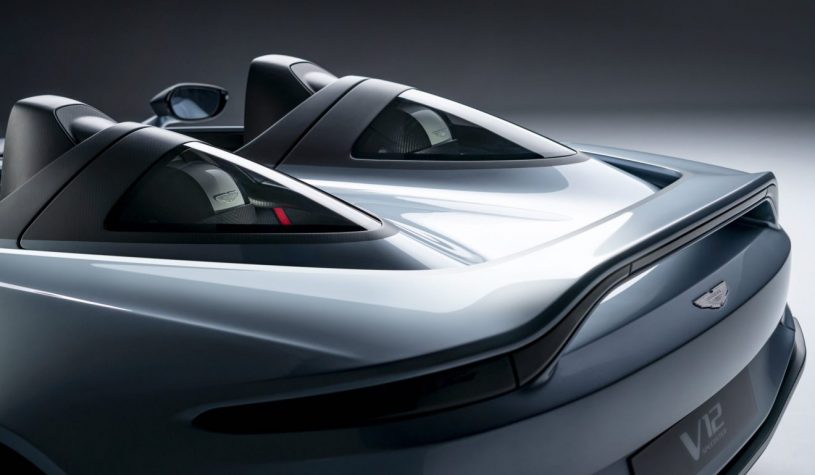 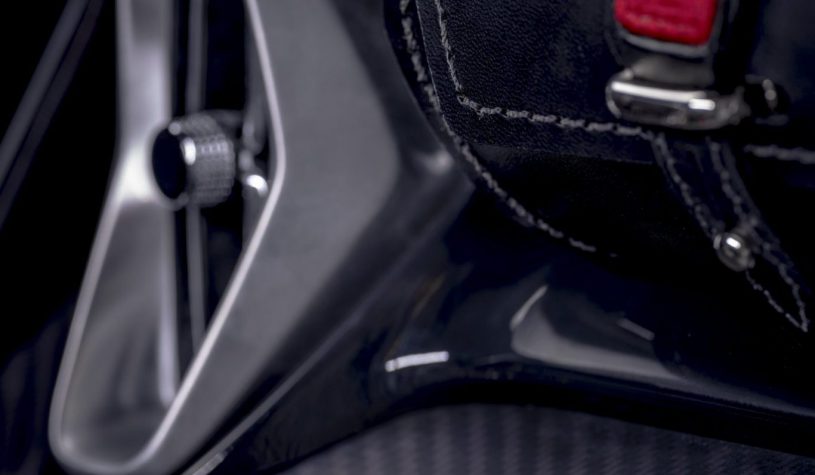 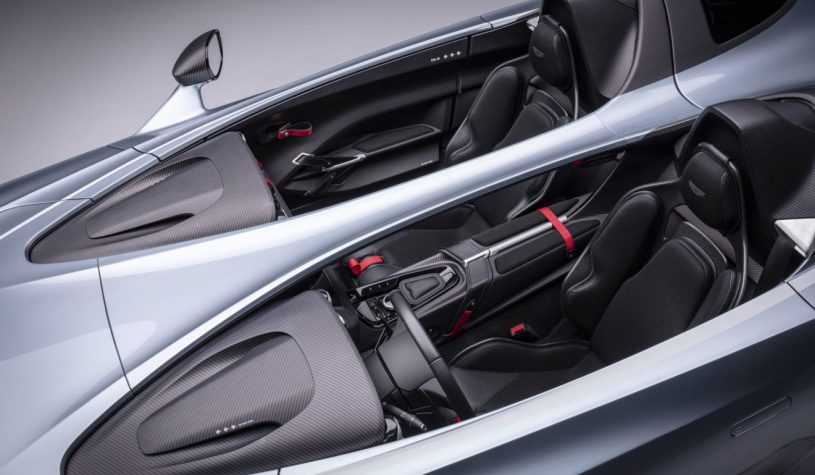