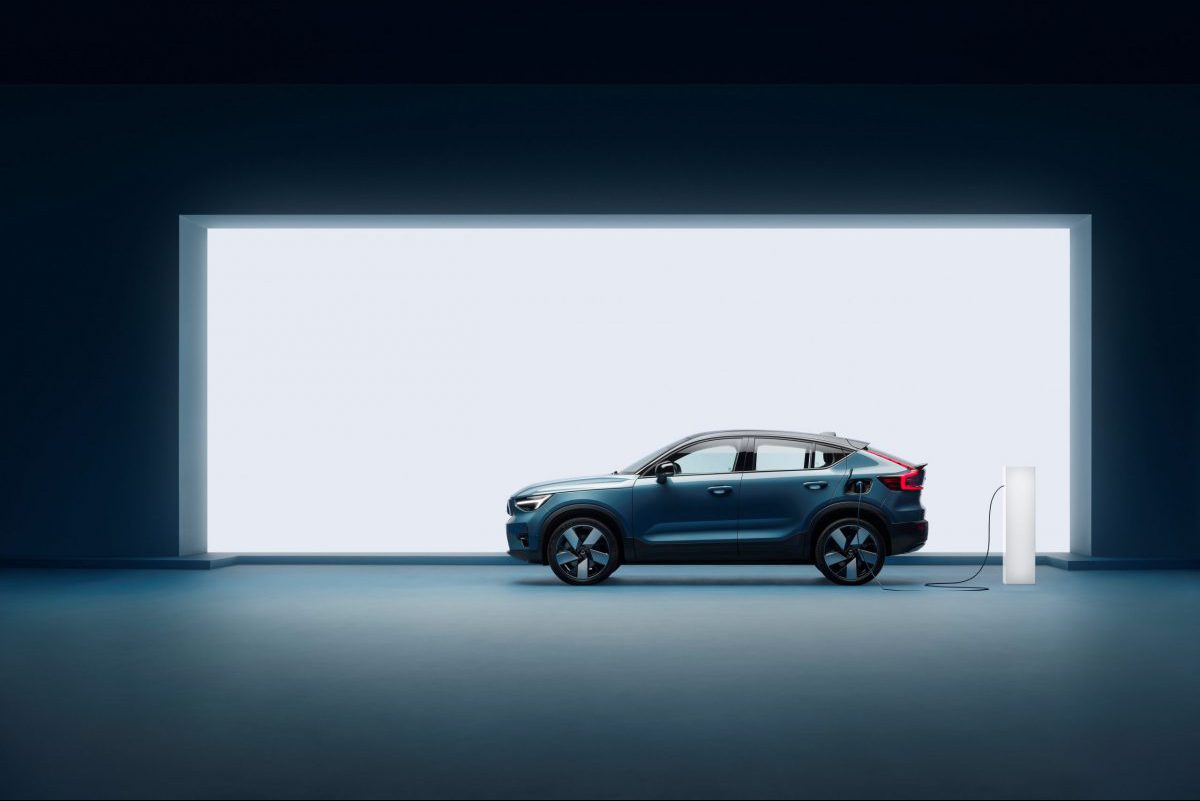 The recent announcement from Volvo, paved the road for the Scandinavian manufacturer to go all electric by 2030. The C40 Recharge will go a long way to make that vision a reality.

“The C40 is a car that symbolises electrification and delivers on it,” says Robin Page, Head of Design at Volvo Cars. “It has the personality of the XC40, which proved to be attractive to many, but it’s dialled up even more through its dynamic expression and sleek profile. It’s a really attractive product for people who are looking for the easy-to-live-with aspects of an SUV with more of a modern statement.”

The C40 Recharge Has the same powertrain as XC40 and Polestar 2, with an electric motor each for the front- and rear-axles and a 78kWh lithium-ion battery in between. which produces 402bhp and 487lb ft of torque and gets this near-2.2 tonne SUV to 62mph from a standstill in 4.9 seconds. As with all Volvos the top speed is limited to 112mph.

Volvo says a fast-charge to 80 percent takes 40 minutes on a 150kW charger, and that a full battery is good for around 260 miles of WLTP range. There’s the large, panoramic glass roof that enhances the airiness of the cabin, making the most out of short winter days, while blurring the line between outside and inside during bright summer nights. 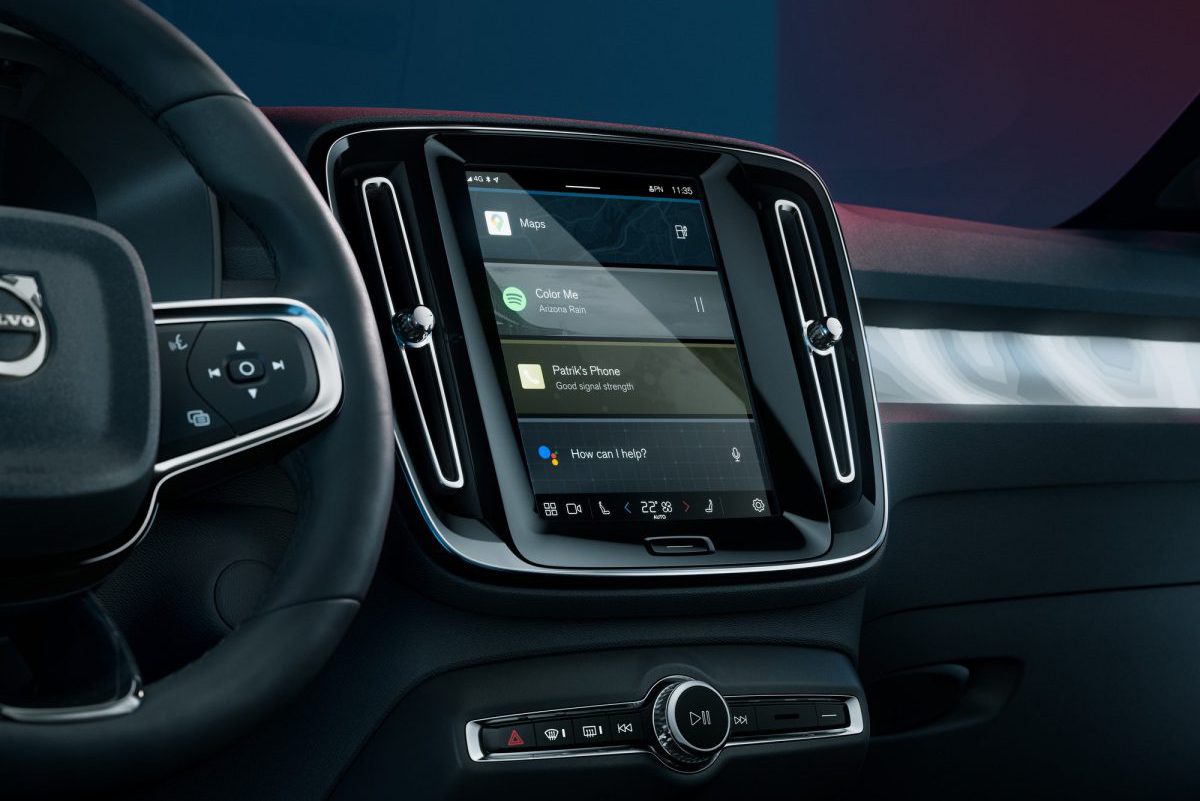 On the Inside you’ll find no leather upholstery, which is unusual for Volvo and an excellent Google Android-based infotainment system from the Polestar & electric XC40. The layout of the interior gives a sense of organisation and thoughtfulness, where functionality is key. The C40 repeats the XC40’s ‘uncluttering’ approach, providing smart and thoughtful ways to store all-important belongings within arm’s length. Minimalism is an overarching theme, which becomes even more evident when looking at the instrument panel. 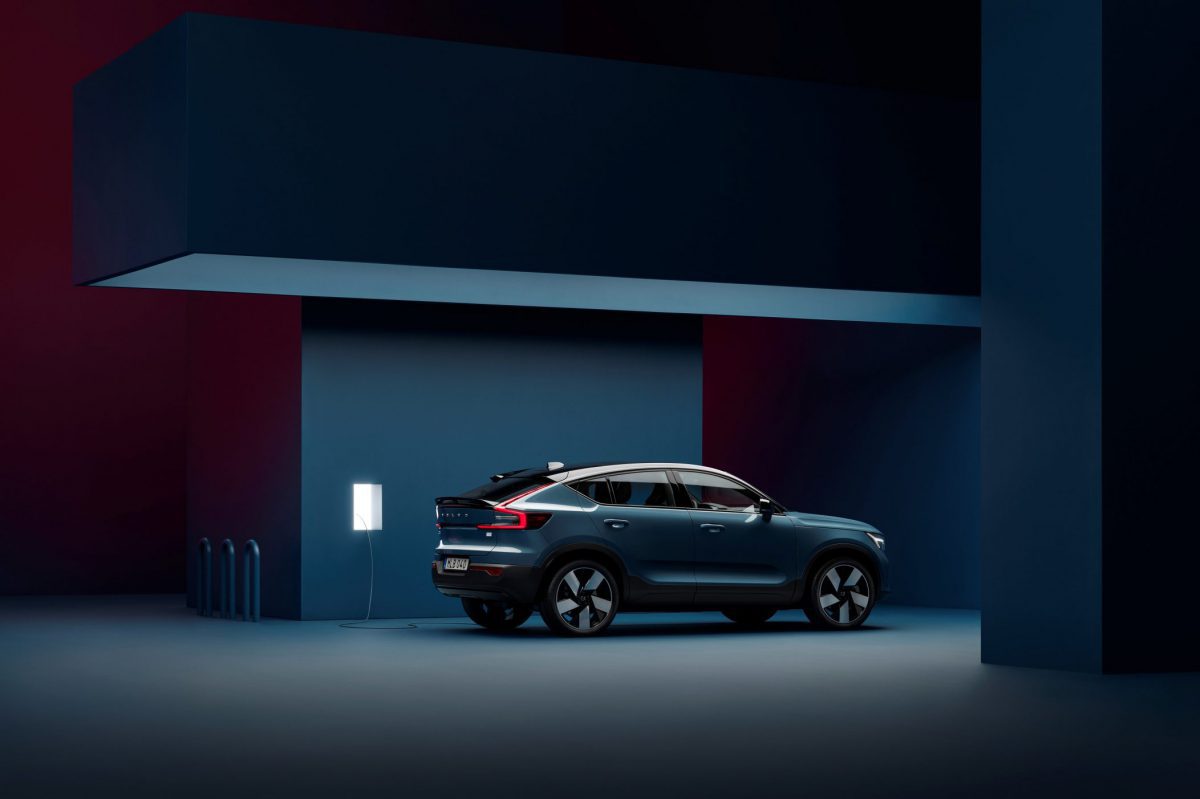 The new wheel design, influenced by the Volvo 360c concept car from 2018, helps with aerodynamics while creating a dynamic look fitting the driveline; the rear spoiler both characterises and supports downforce on the car; and the roofline boosts aerodynamic efficiency, giving it a functional as well as a visual relationship to range. And then there are the elements where messaging slightly takes the upper hand, such as the closed grill and the contrast roof.

“To symbolise the electric car, the face is really important,” says Robin Page. “Part of our design language is about honesty, and the reality is that we don’t need a large air intake for an electric car. This car originates from the XC40, which did have a grille, so it’s not a case where we can just ignore that and do a super-low, fully moulded front. And we wouldn’t want to do that on this car anyway, because the C40 has a characterful face. We achieved a good solution, with strong, pure graphical lines. Together with the contrast roof, which we’ll use to distinguish our 40 cluster electric cars, it’s one of the ingredients that communicates our journey towards full electrification.” 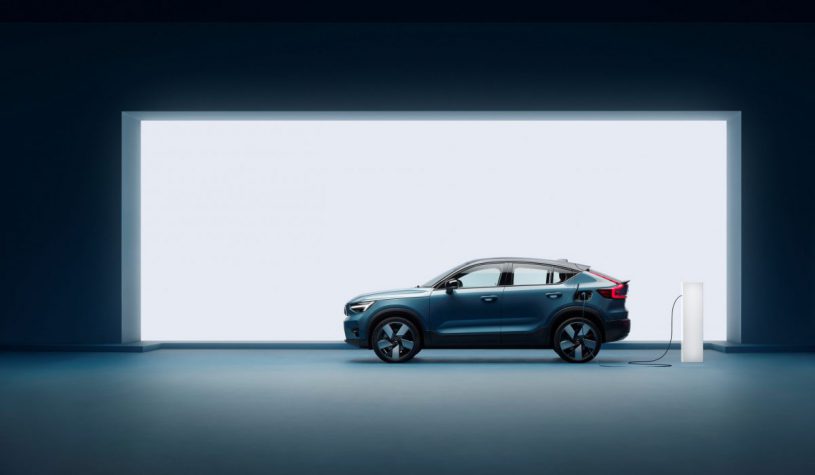 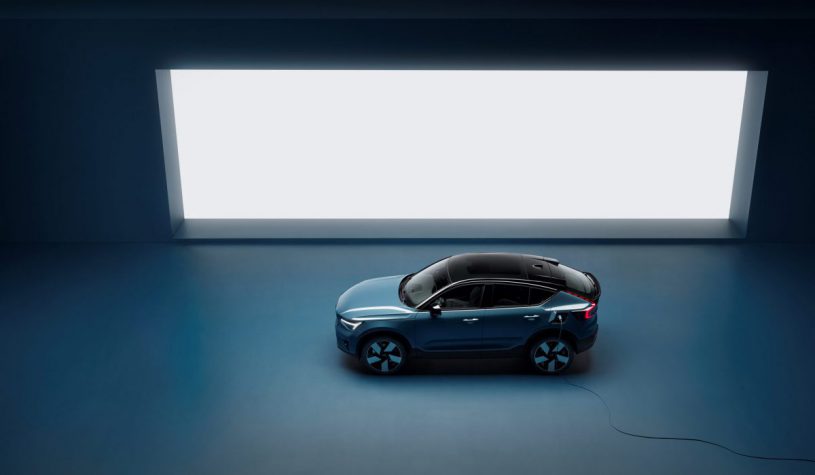 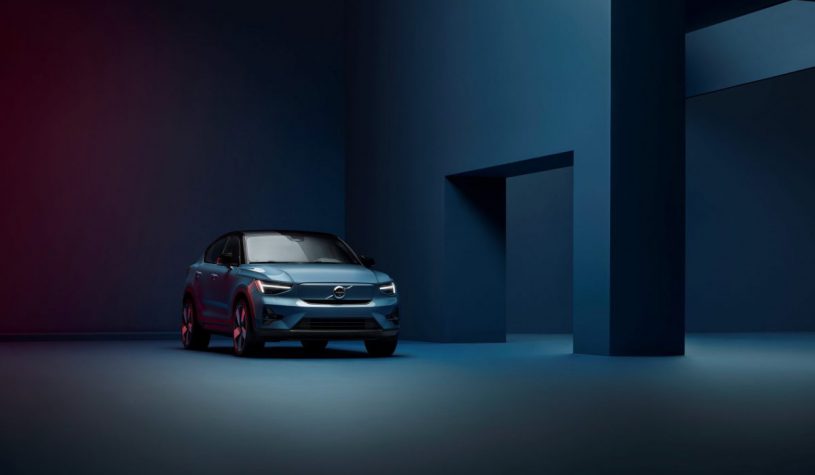 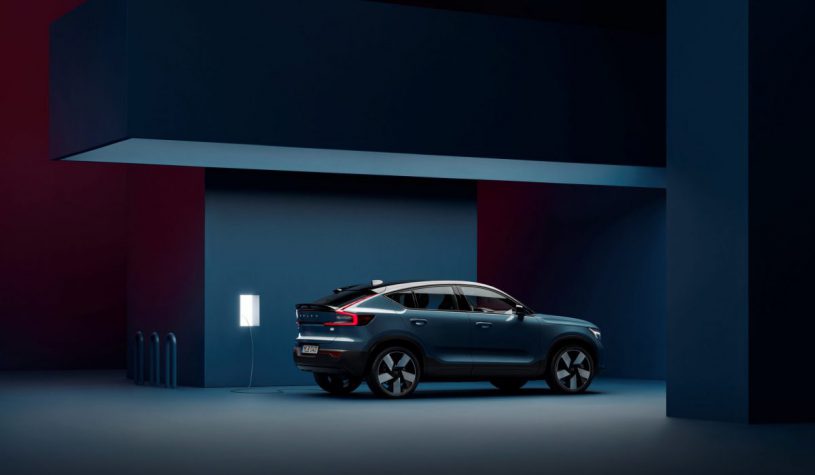 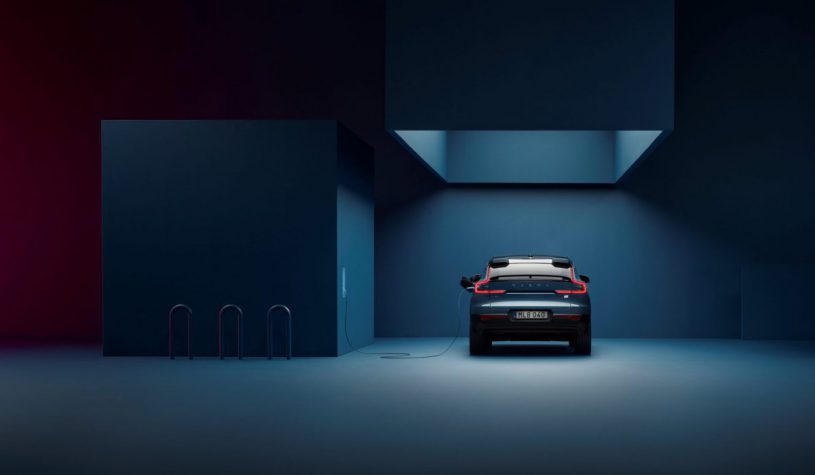 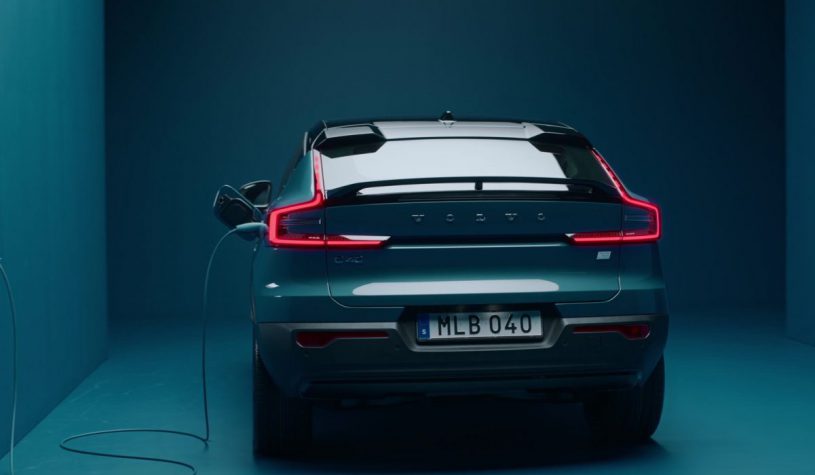 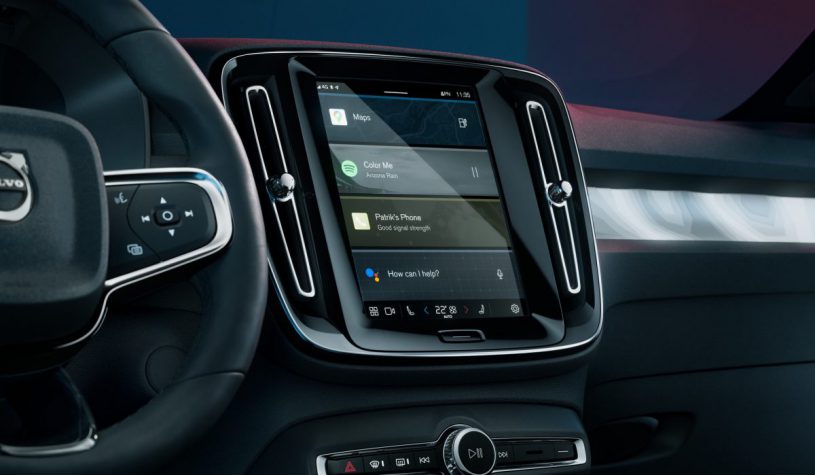