Autonomous cars will be capable of operating with minimal (level 3 or 4 Autonomy), or even zero (level 5 Autonomy) human driver input. These vehicles will vary from complexity depending on the level of autonomy. The higher level of autonomy will see the transfer of power from the human driver to the onboard Artificial Intelligence (the dreaded AI); however, for the car to be able to drive itself, it needs to depend on number of pre-existing technologies. Here are the five most important technologies; I believe that underpins autonomous vehicles:

Autonomous cars wouldn’t be possible without artificial intelligence. These vehicles are controlled by AI programs that are developed and trained through machine learning to be able to read the data from a variety of sensors built into a vehicle and then determine the most appropriate action in any given situation. 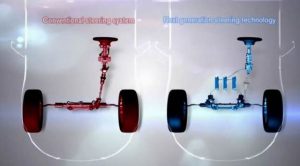 In layman terms, we are replacing the traditional mechanical controls with electrical connections and controls. This makes it a lot easier for the onboard AI (Artificial Intelligence) to control each individual system, like steering (Steer-by-Wire), acceleration (Electronic Throttle Control or ETC), and braking (Break-by-Wire).

ETC has been accepted as the safest type of drive-by-wire and easiest to implement, and with the introduction of additional fail-safe designs, the on-board AI can simply close of the throttle system by stopping the signal received from pedal sensor, ensuring a gradual decrease in acceleration and stopping the vehicle safely.

Brake-by-Wire is the opposite side of the coin to ETC and is considered the most dangerous technology to implement. The good old anti-lock brake system (ABS) is the precursors of modern brake-by-wire tech, other technologies such as Electronic Stability Control, traction control and automatic breaking depend on ABS. Brake-by-Wire replaces the hydraulic parts with additional sensors which monitor how much force is needed at each wheel to halt the vehicle. 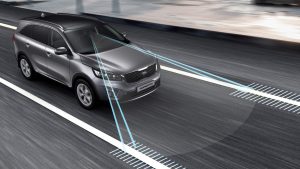 These systems were designed to help human drivers avoid drifting out of their lane in traffic, but autonomous vehicles use many of the same types of sensors and techniques. The lane departure warning technology falls into three primary categories:

LDW or lane Departure Warning is considered least invasive and warns the driver when the vehicle drifts from the centre of its lane.

LKA or Lane Keeping Assist is a step up from LDW. When the vehicle drifts too far from one side or the other, and the driver fails to correct the position, the system applies torque wheel, which effectively brings the vehicle back to the centre of the lane.

LCA, also knowns as Lane Centring Assist, is the most intrusive form of lane-keeping technology. No warning is given and the vehicle is capable of correcting the vehicle trajectory and keep the vehicle centred in its lane at all times.

This was originally designed to prevent accidents by automatically applying the brakes in situations where the driver is too slow to act. Each car manufacturer has its own automatic braking system technology, but they all rely on some type of sensor input.

Irrespective of system input (lasers, radar, or video data), the sensor input is then used to determine if there are any objects present in the path of the vehicle. Once an object is detected, the system can compare the speed of the vehicle and the speed of the object in front of it. A significant speed differential may indicate that a collision is likely to occur, in which case the system is capable of automatically activating the brakes. 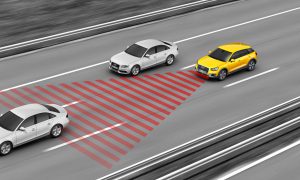 This is another system that was originally designed to assist drivers, in this case by dynamically increasing and decreasing speed relative to the surrounding traffic. Autonomous cars have to do this same basic task in addition to everything else the driver would normally do.

Some adaptive cruise control systems are also integrated with pre-crash technologies, like adaptive braking, and other ADAS like lane departure warning systems. As I have mentioned in previous articles, the transfer of data between vehicles will enhance the autonomous driving, and we could see cooperative adaptive cruise control systems that utilize information from other vehicles and transmit information to other vehicles.